Although the term streaking wasn’t coined until the 1960s, the act of running naked through a public gathering, usually as a prank, a dare, or a form of protest, has been around for much, much longer. Throwing evolutionary theories aside, our tongue-in-cheek History of Streaking belt features an array of flashy historical events and tall tales, starting with a depiction of Adam and Eve. The first man and woman in God's Garden of Eden can be seen running nude from a serpent after taking a bite of the forbidden fruit. 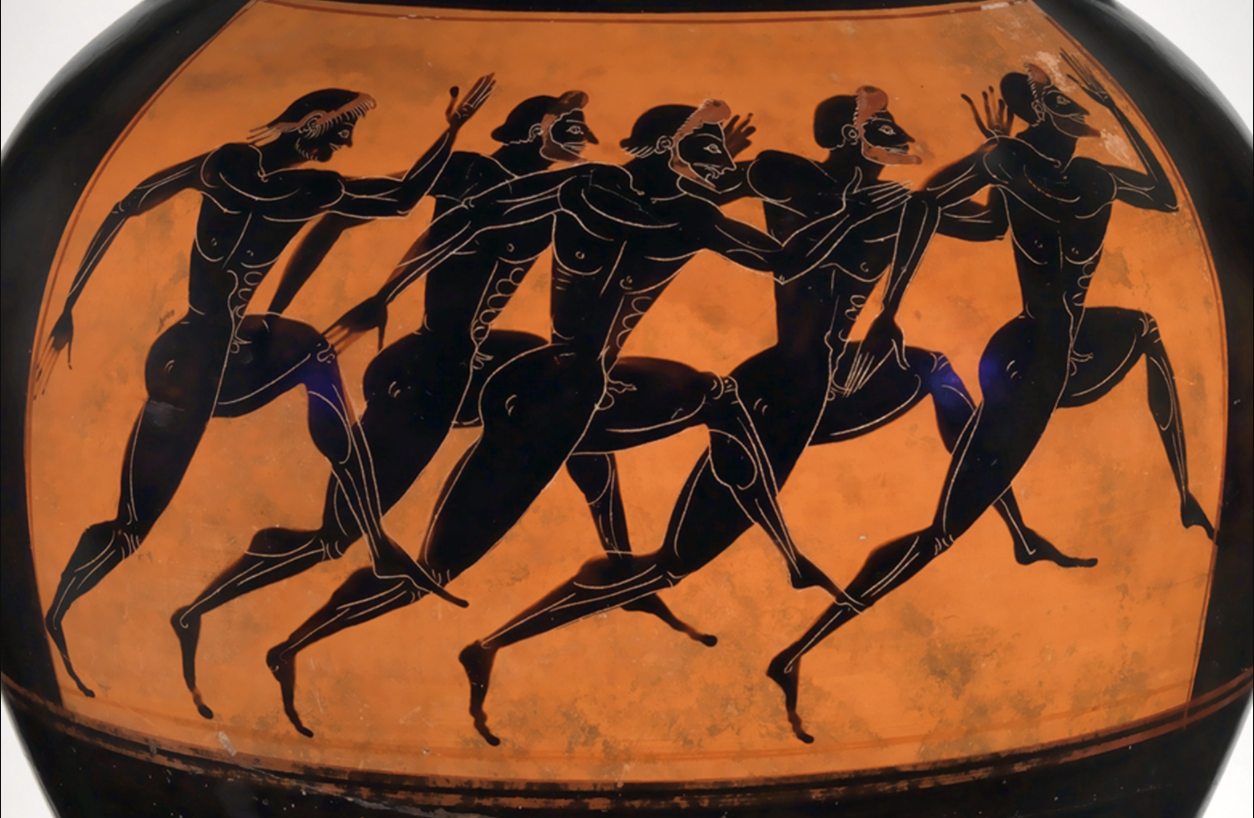 From the Garden of Eden, we move on to ancient Egypt, where nudity was considered a natural state. Ancient Egyptians wore minimal clothing as it was, so nakedness was not outside the social norm, but often signified a lack of wealth. If we head north to Ancient Greece, we learn that nudity was associated with physical exercise as well as certain festivals, although historians argue that despite what we often see in Greek artwork, ancient Greeks usually kept their clothes on. On our belt, you’ll see a depiction of Olympic torchbearers. According to the legend of Orsippus of Megara, Orsippus was famed as the first athlete to run the footrace naked at the Olympic Games. Orsippus won the stadion of the 15th Olympic Games in 720 BC and is believed to have intentionally let his loincloth slip off to allow him to run more easily. 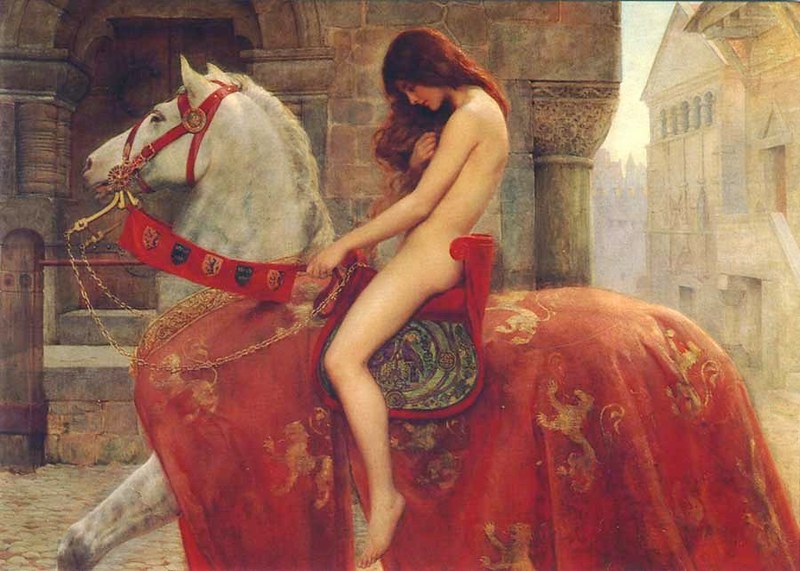 Perhaps one of the most famous streaking stories in history, the tale of Lady Godiva’s naked horseback ride was first recorded in the 13th century by medieval English historians. According to the story, sometime during the 11th century, Lady Godiva took pity on the people of Coventry, England who were suffering under her husband's oppressive taxation. Lady Godiva repeatedly urged her husband, Leofric, to lessen the people's tax burden, but he refused. She persisted until, supposedly, her husband said he would grant her request if she would strip naked and ride on a horse through the streets of the town. When she took him at his word and set out on her famous ride, Lady Godiva became a heroine to the common folk of Coventry. 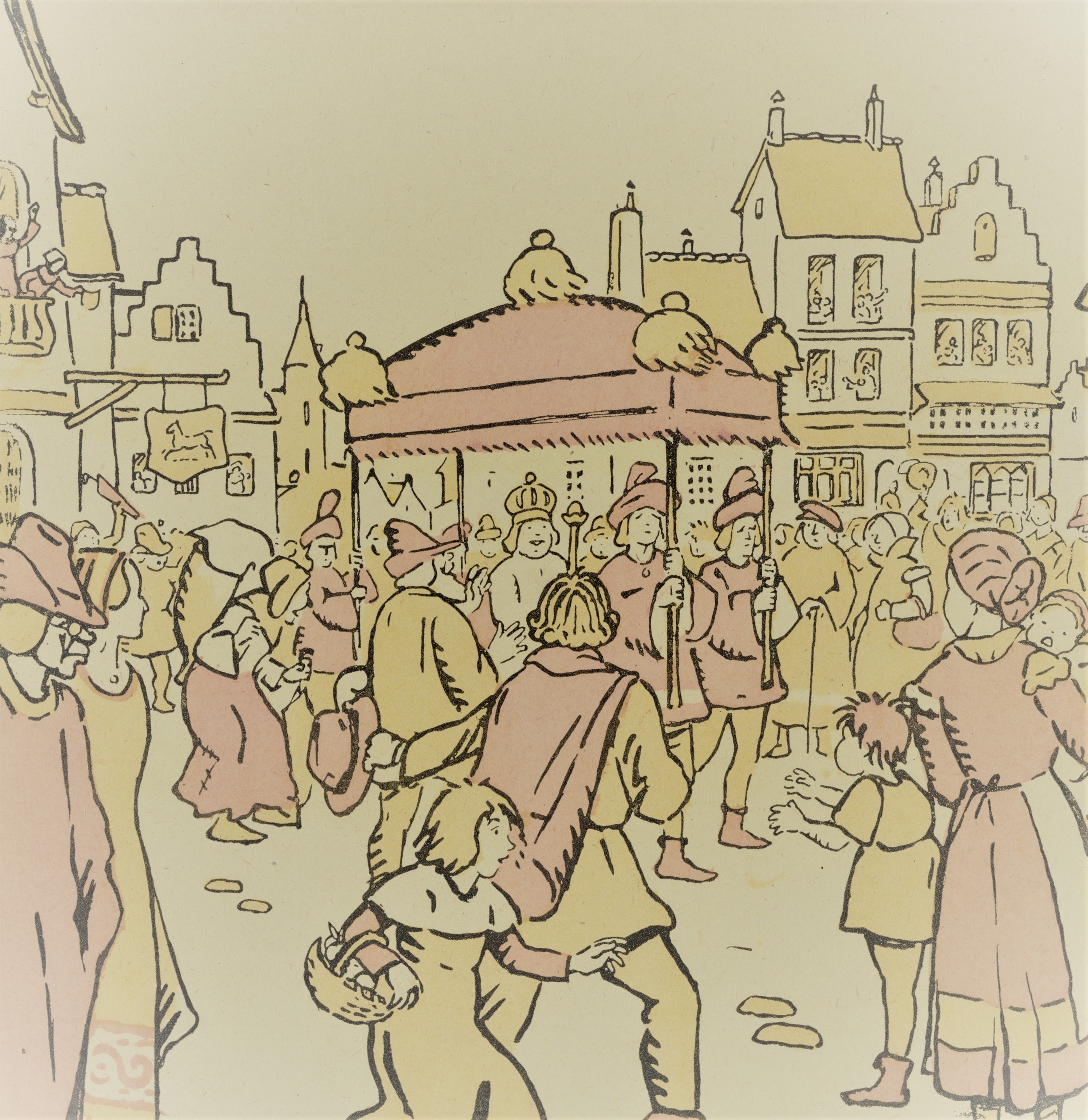 Our next History of Streaking portrayal features a literary folktale written by Danish author Hans Christian Andersen. Long ago, an extremely gullible Emperor was so exceedingly fond of new clothes that he spent all his money on being well dressed. One day, two swindlers (pretending to be weavers) convince the Emperor that they can make him magnificent clothes made of a special material that is invisible to those who are stupid. The Emperor gives them a large sum of money, and they set up looms and go to work. While checking in on their progress, the Emperor and his officials see only empty looms, but each goes along with it for fear of appearing stupid. When his new suit is finally finished, the weavers pretend to dress him, and the emperor sets off into the city to show off his new clothes. The townsfolk go along with it until one little boy exclaims that the emperor is wearing nothing at all. Realizing the truth, the Emperor continues his royal streak with as much dignity as he can muster for fear of looking like an even bigger fool.

The last folktale on our belt is about Cú Chulainn, one of the most famous Irish mythological heroes. After successfully beheading three giants, Cú Chulainn speeds home in his chariot until he arrives at the gates of Ulster. Still filled with rage, the Queen fears that he may accidentally destroy the city, so she hatches a plan that involves, you guessed it, nudity. The resourceful Queen sends her beautiful young ladies down to greet him. Upon seeing them topless, Cú Chulainn gallantly shields his eyes until other warriors are able to restrain him. After a succession of cold baths, he’s finally able to return to a calm state.

The next story on our belt is about George William Crump, the first recorded streaker in the United States. As a student at Washington College in 1804 (now Washington and Lee University), he was arrested while streaking through Lexington, Virginia, and suspended for the rest of his senior year. Confederate General Robert E. Lee would later come to endorse streaking as a rite of passage for students while he was president of Washington and Lee University. And Crump later went on to serve as a House Representative and a U.S. ambassador to Chile.

Nearly two centuries later, Michael O’Brien became known as the first-ever streaker during a major sporting event. Fueled by alcohol and a bet with his friends, on April 20th, 1974, O’Brien ran naked before a crowd of 48,000 people during a rugby match at Twickenham stadium, near London. Police arrested him and fined him 10 pounds. Years later on an Australian TV show called “Where are they now?” O’Brien was gifted the helmet used to cover him by police constable Bruce Perry. The famous photograph that’s recreated on our belt was taken by freelance photographer Ian Bradshaw, and the famous helmet is on display at the museum at Twickenham. 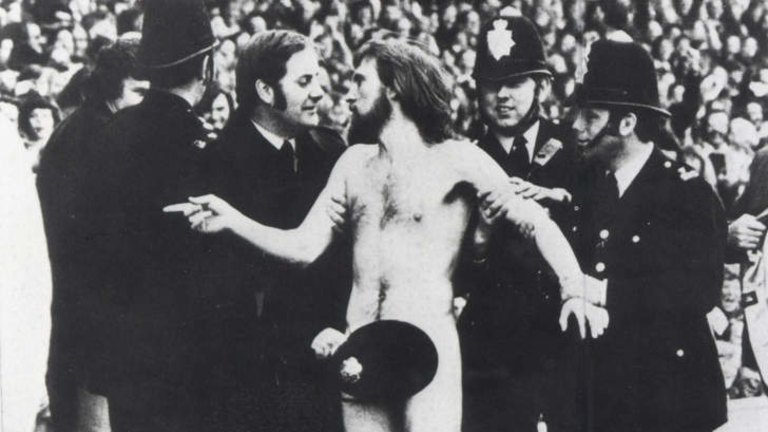 Coincidentally, streaking became increasingly popular throughout university campuses in the United States during the late 1960s and into the 1970s. A letter to The Cavalier Daily, an independent daily news organization at the University of Virginia, stated that "The Beard" had held the university streaking distance record since 1969, having run the entire distance from Maupin House to the Howard Johnson, via Jefferson Park Avenue. In 1974, The University of Georgia set the record for the largest group streak, and more recently, the first nudist race took place at the University of Alicante in Spain. Needless to say, the excitement (and risk) of baring it all hasn’t lost its luster. Even if exhibitionism isn’t your forte, our History of Streaking belt still makes for a great gift and an excellent conversation piece. Check out our collection of stylish, and sometimes eccentric belts at www.beltedcow.com - you won’t be disappointed.