History of the Jolly Roger 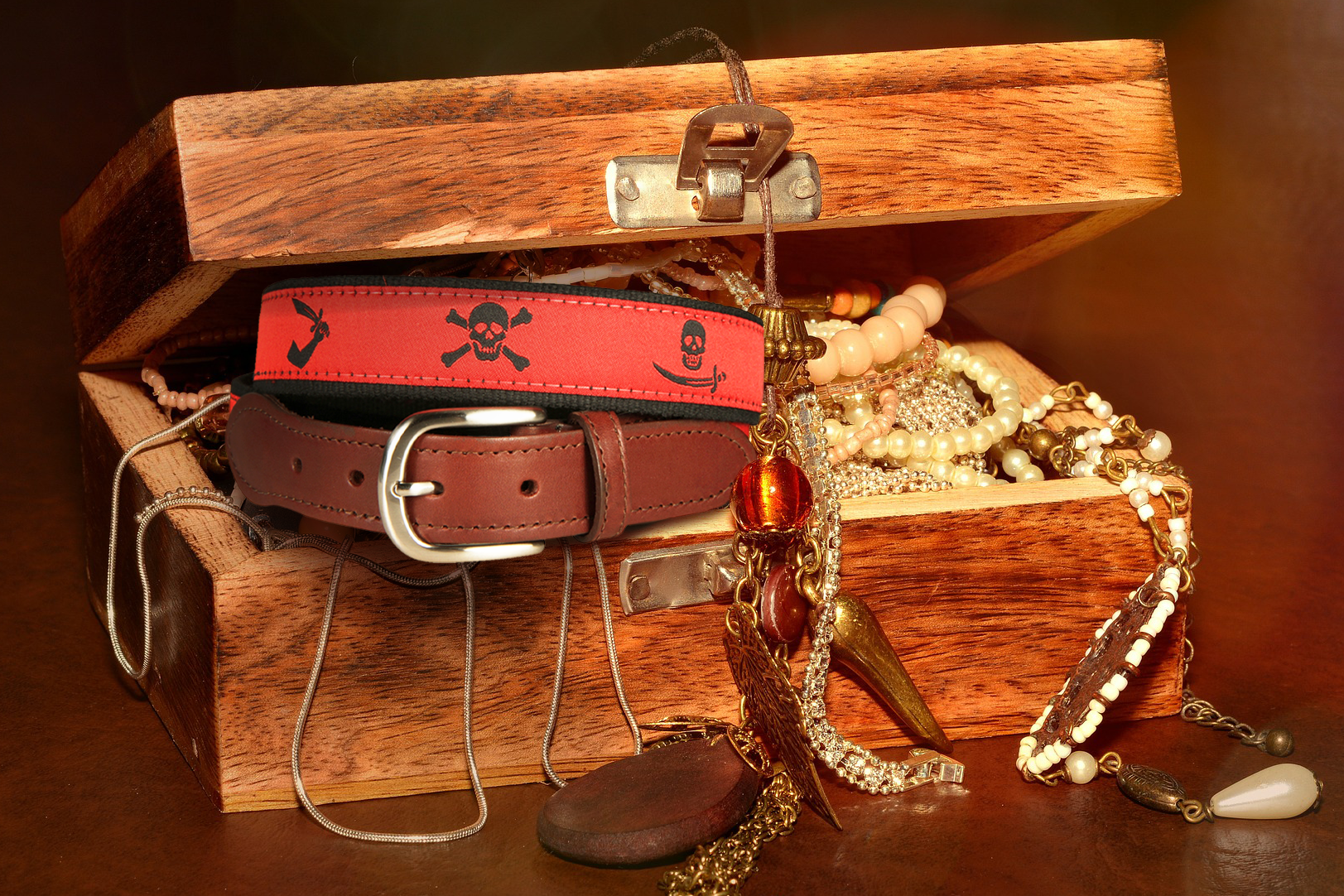 Pirate flags were monumental during the Golden Age of Piracy, and several popular designs have remained well-known to this day. The flag was a symbol of pride for the pirate and his crew, and a symbol of impending doom for others.

Like we custom design our belts, collars and other wares, pirates custom designed their own flags. The majority of flags were black or red, and would somehow include a version of the iconic skull and crossbones symbol. Some opted for a more colorful flags and added yellow stripes or images designed to instill fear in the sailors of the times. After the decline in pirates, fewer flags were being customized, and they would eventually begin to disappear.

We have picked some of our favorite flag designs to display on our pirate flag ribbon. The ribbon is available in Black or Red and includes eleven different pirate flags from the 17th and 18th centuries. We’ve included designs used by famous pirates including Blackbeard, Black Sam, and Calico Jack, even the one that was mistaken for Calico Jack’s flag. We’ve also put that theme into hats, dog collars, and dog leads. And as usual, we have a guest appearance by Beltie! 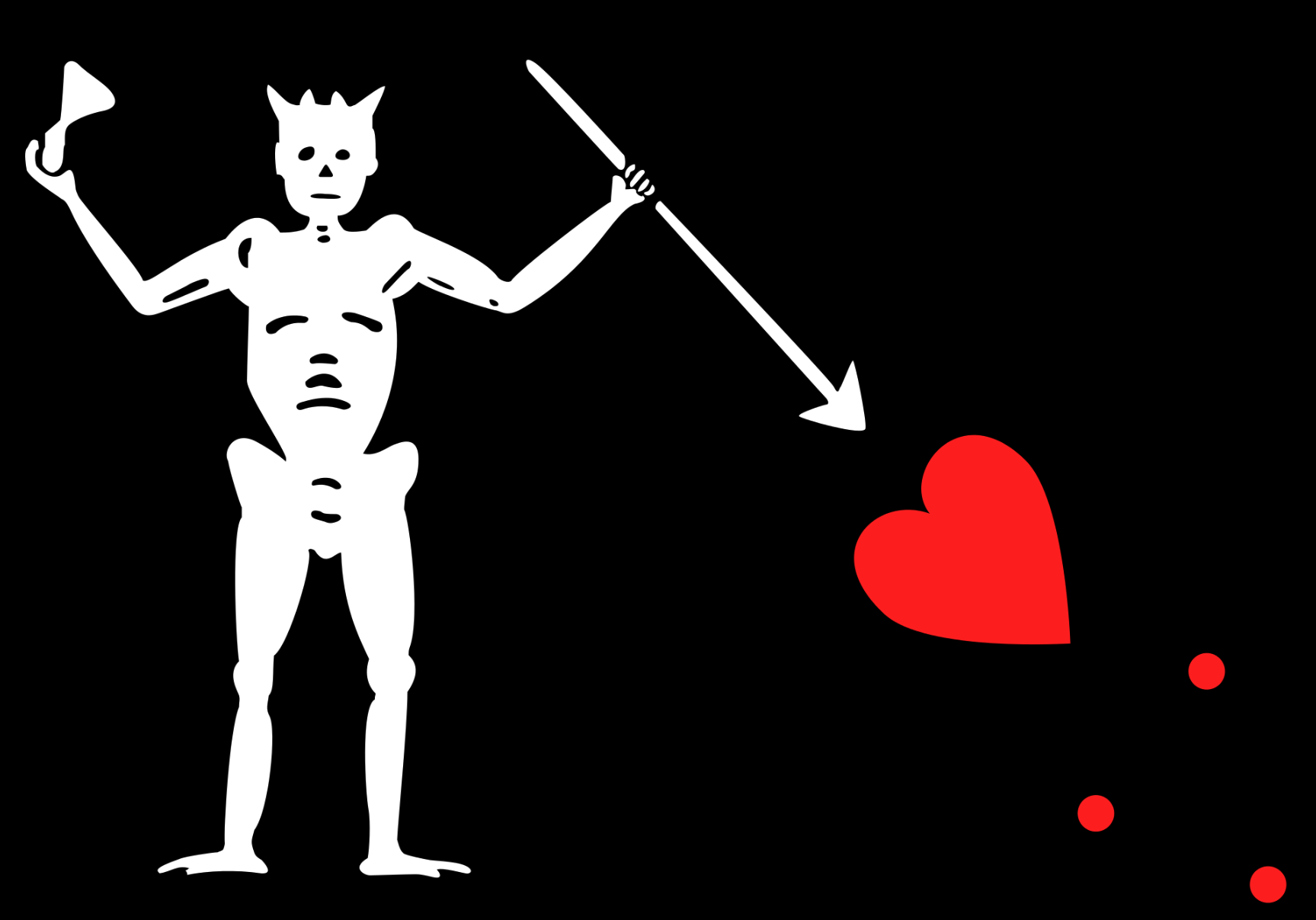 Black Beard is one of the most well known and feared pirates in history. His flag was designed to show both his crew and other sailors that mercy was not an option. If you saw this flag raised from an approaching ship you knew that time was running out. 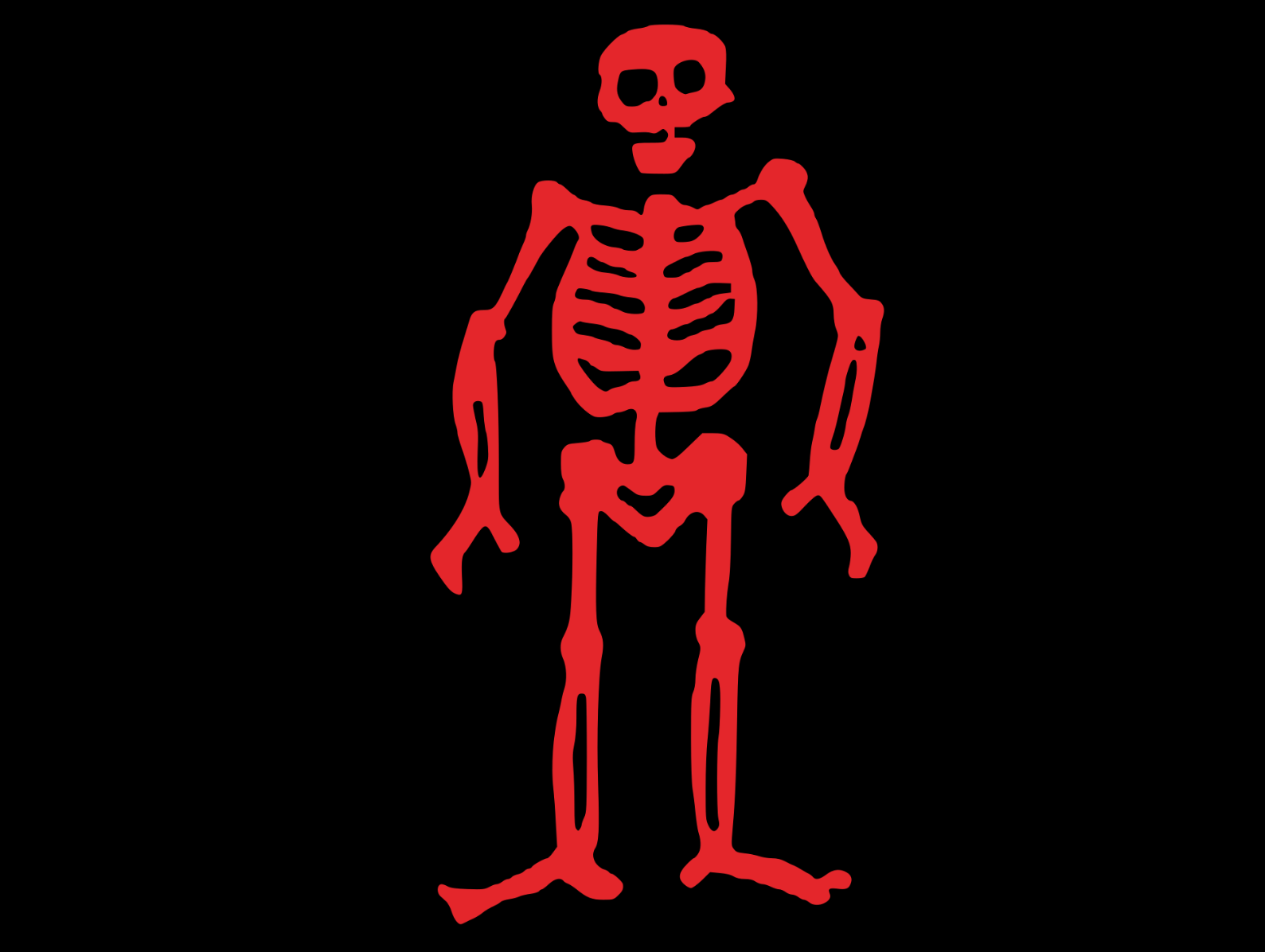 Before Francis Spriggs became a vicious pirate, he was the quartermaster for Edward Low, a man who was ruthless in his capturing tactics. They both used several flags including the most popular one featuring a rather scary looking red skeleton. 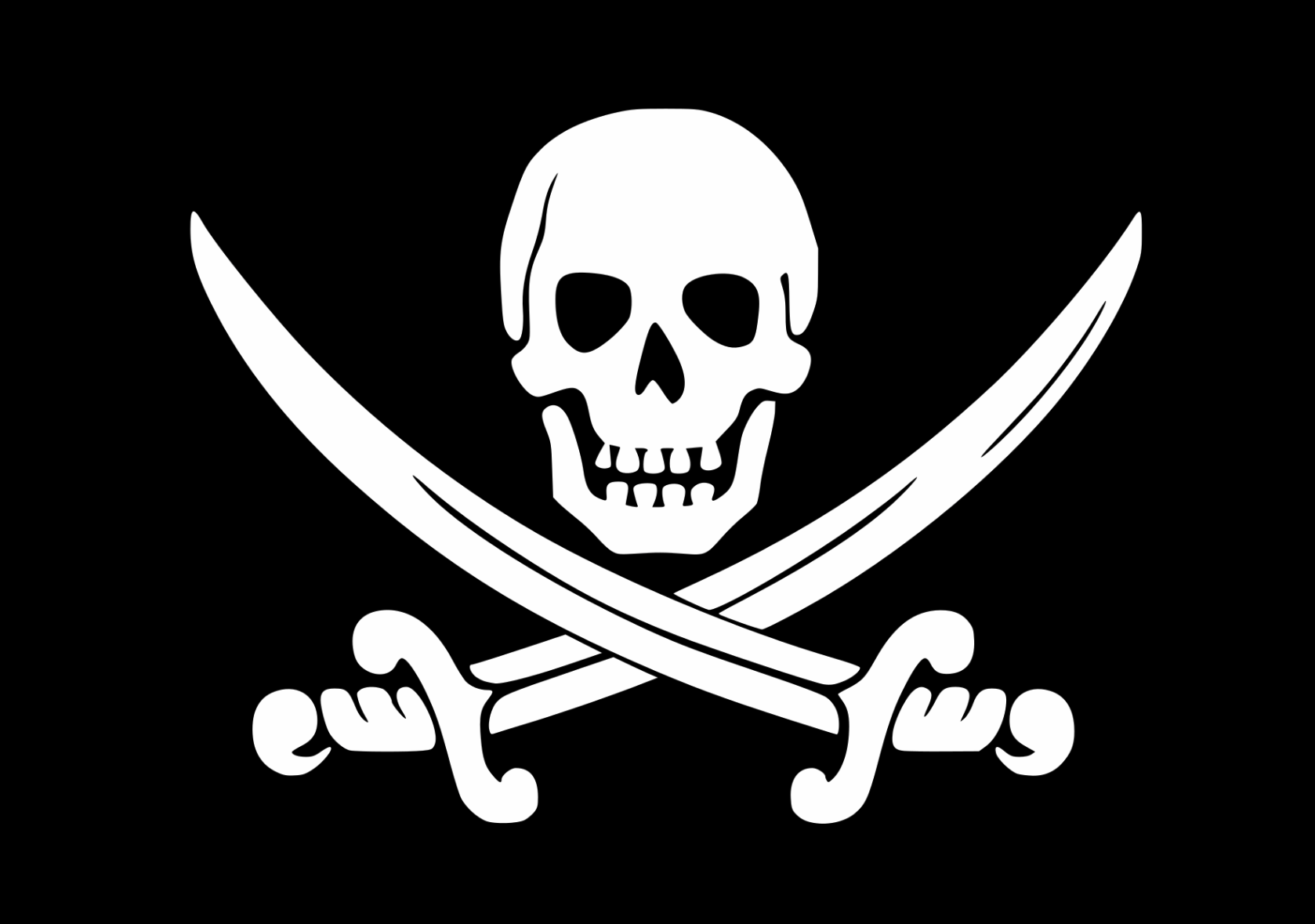 John “Calico Jack” Rackham would probably have fit in really well here at Belted Cow. Calico Jack was primarily known for his style and fashion sense as well as his lack of success as a pirate. Unlike other pirates, Calico Jack’s crew included two female members, Anne Bonny and Mary Read. His primary flag, a skull with crossing swords, is one of the most famous pirate symbols of all time. 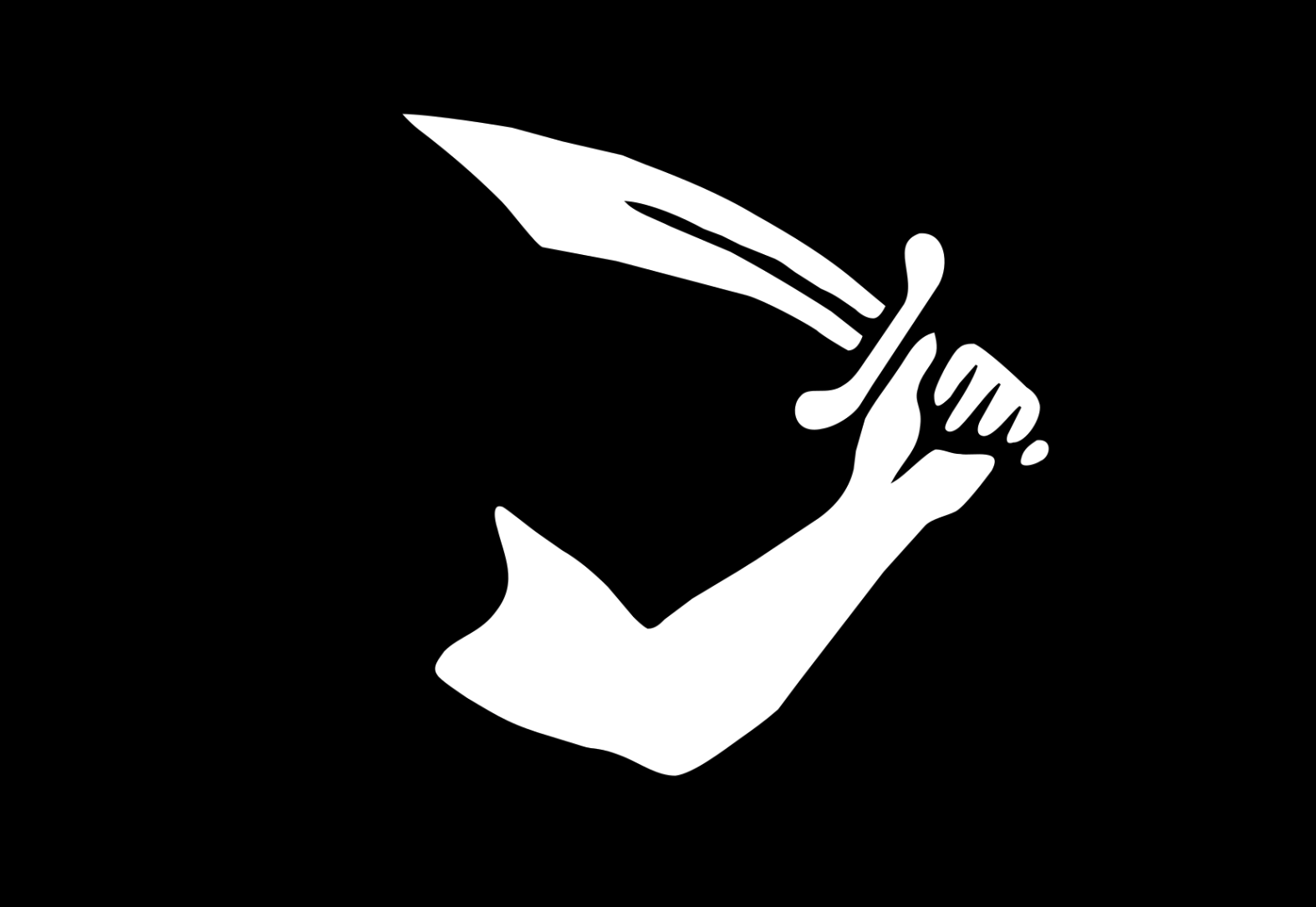 This original English privateer was known for developing the Pirate Round. The route became popular for several pirates who sailed throughout the Atlantic and Indian Oceans looking for trade ships to plunder. Thomas’s flag was a symbol of strength and fits perfectly into our Pirate Belt ribbon. 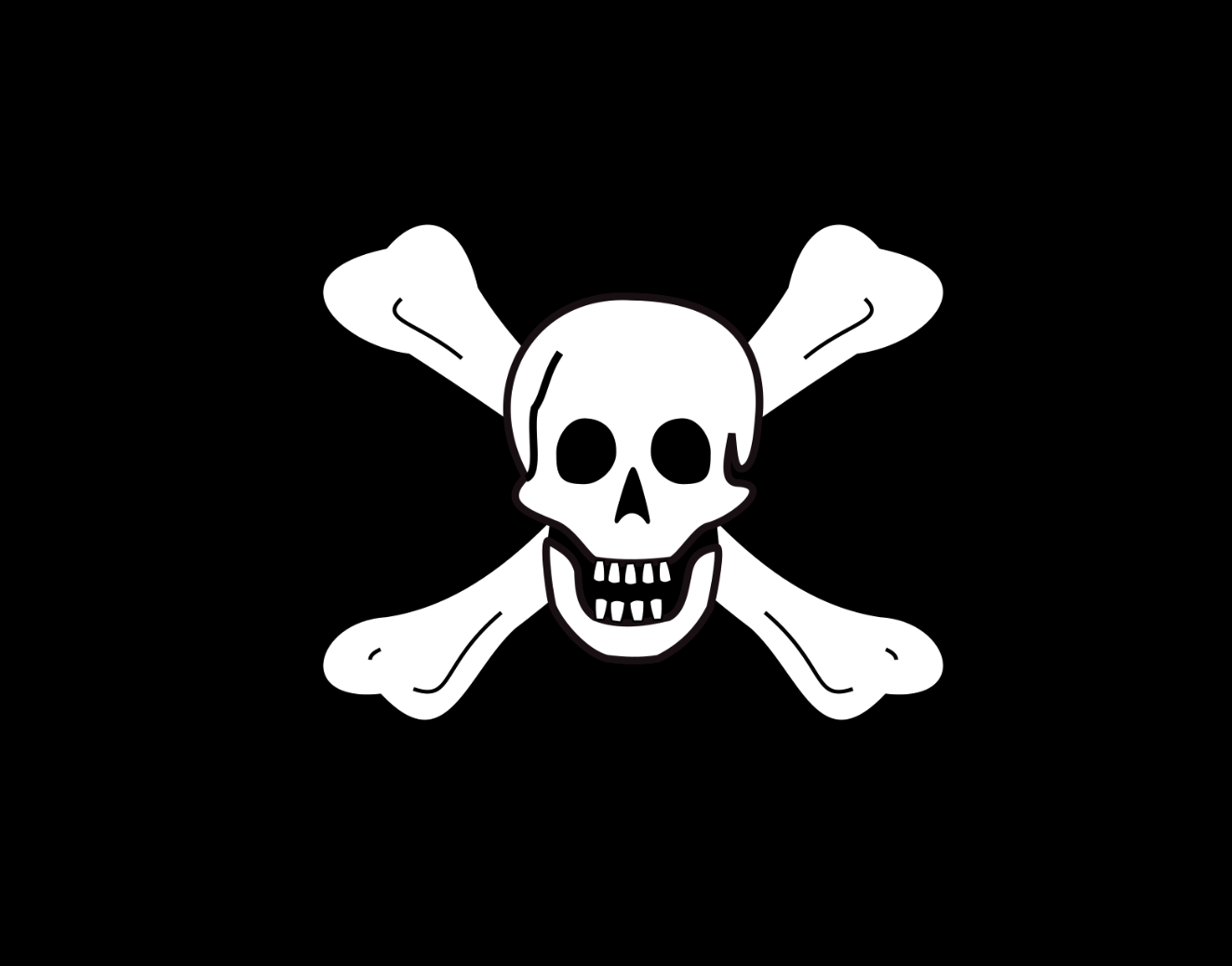 Richard Worley started with a meager crew of 8 and a small ship. Slowly Worley captured larger vessels and built one of the most feared crews on the sea. Worley sailed under a version of the Jolly Roger that has become one of the most symbolic pirate flags . Sailing mainly throughout the Caribbean, authorities would sometimes mistake him for Edward “Black Beard” Teach. Worley and his crew had a pact to fight to the death rather than surrender to authorities. A pact that would eventually lead to his demise. 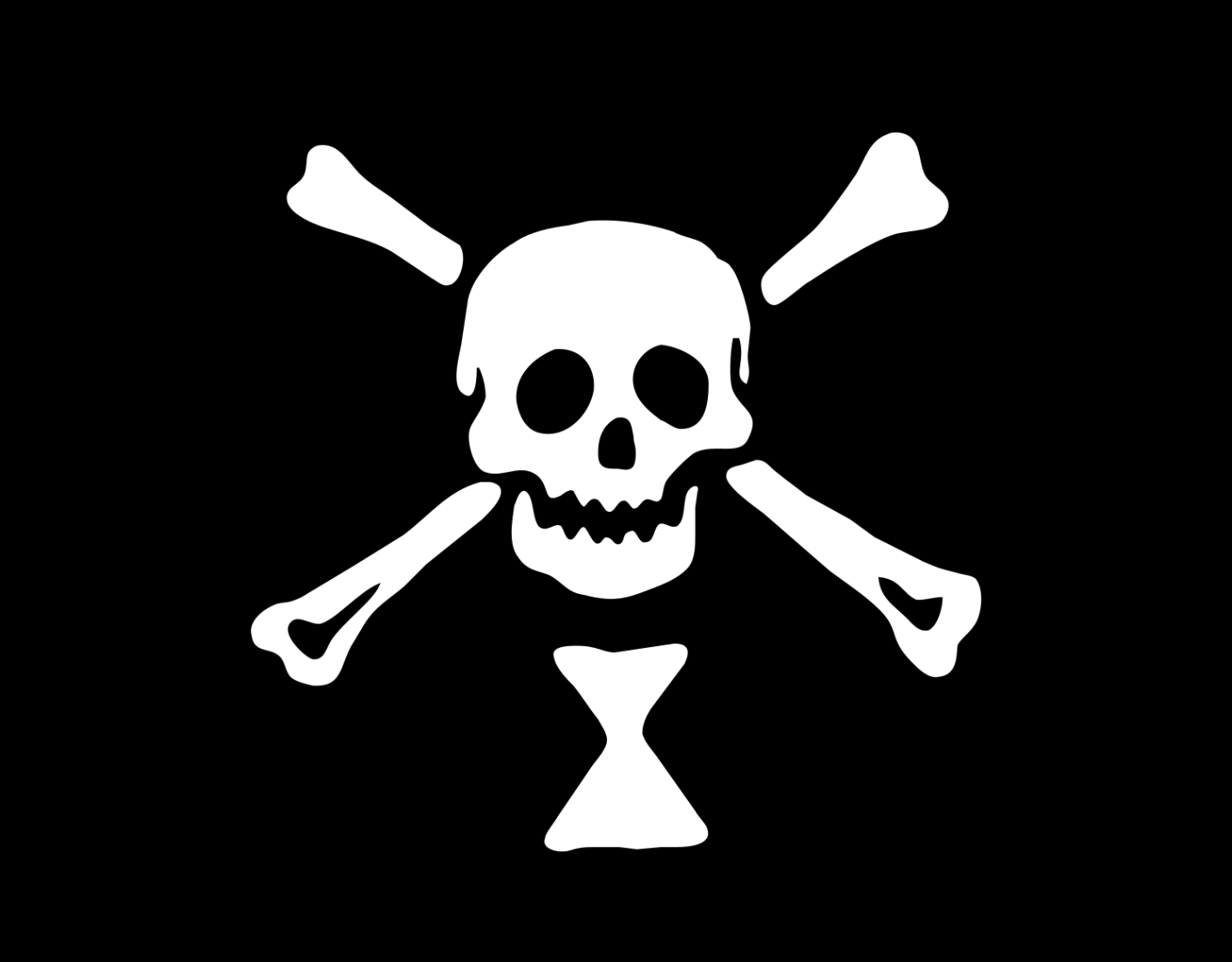 An avid hunter of English and Spanish ships, Emmanuel Wynn was best known for being one of the first people to use a Jolly Roger flag. Wynn’s flag included an hourglass symbol that undoubtedly meant time was running out. 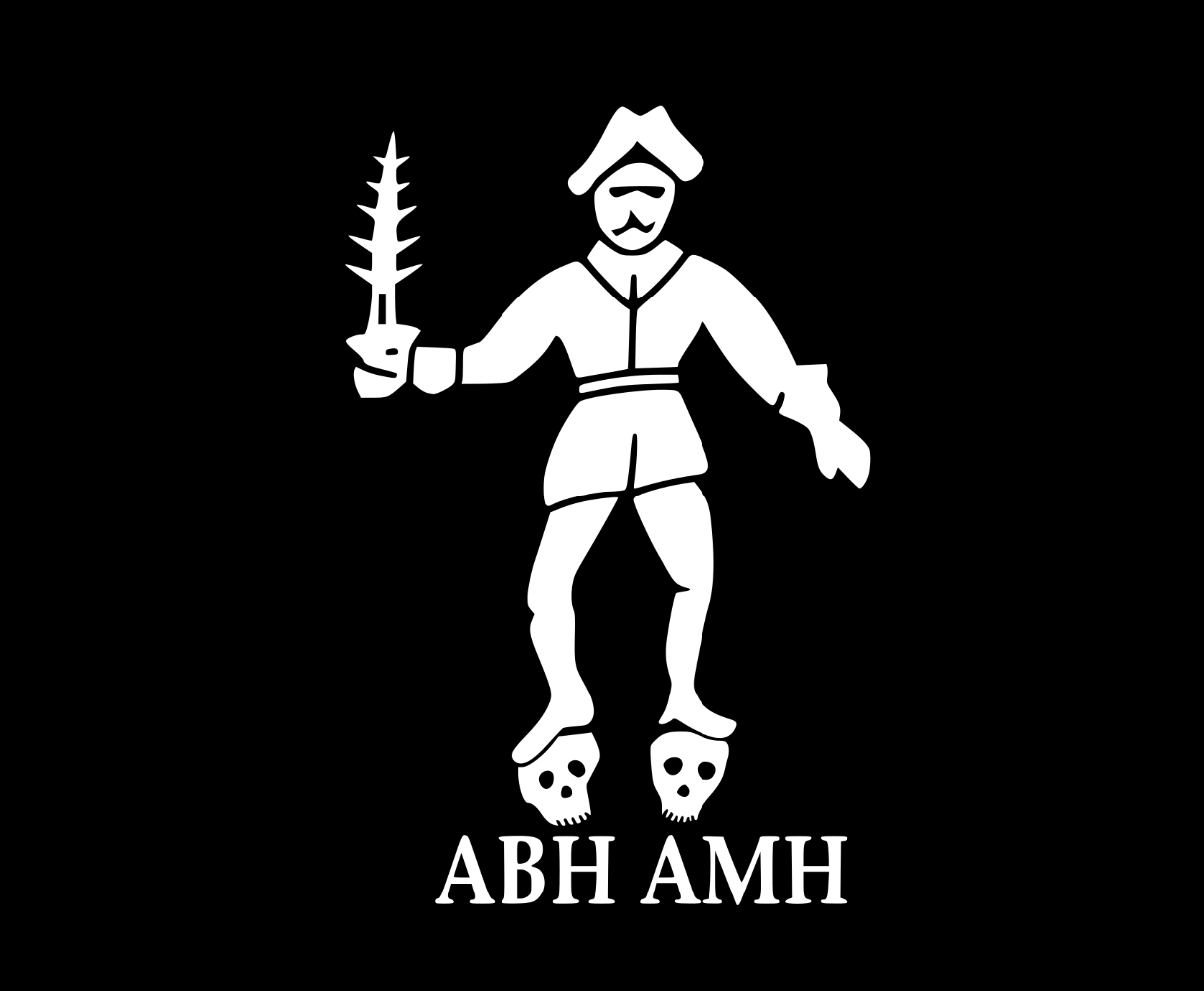 Black Bart was already a successful pirate running under a few other pennants before creating his most popular flag. It portrays him stepping on skulls named “A Barbadian’s Head” and “A Martiniquian’s Head.” It was a response to inhabitants of those islands who hired ships to seek and destroy pirates. 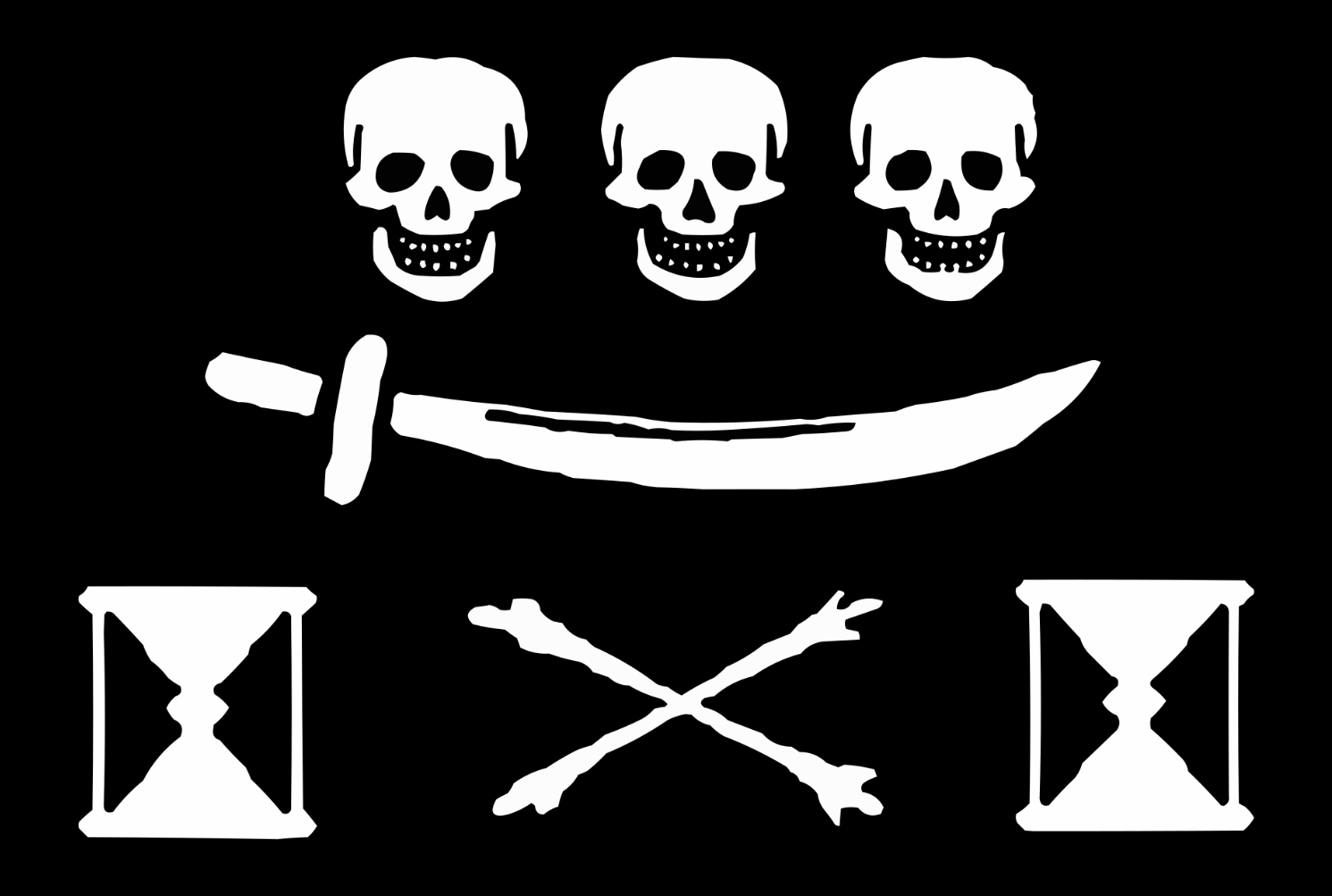 Active for one year, Jean Dulaien is known for his preserved pirate articles (pirate code) describing how the crew should behave while aboard the ship. Dulaien’s flag left nothing to interpretation with symbols representing death, hand to hand combat, and the popular "time is running out" hourglass. Sailors deciphering this flag on an approaching ship understood what was in store. 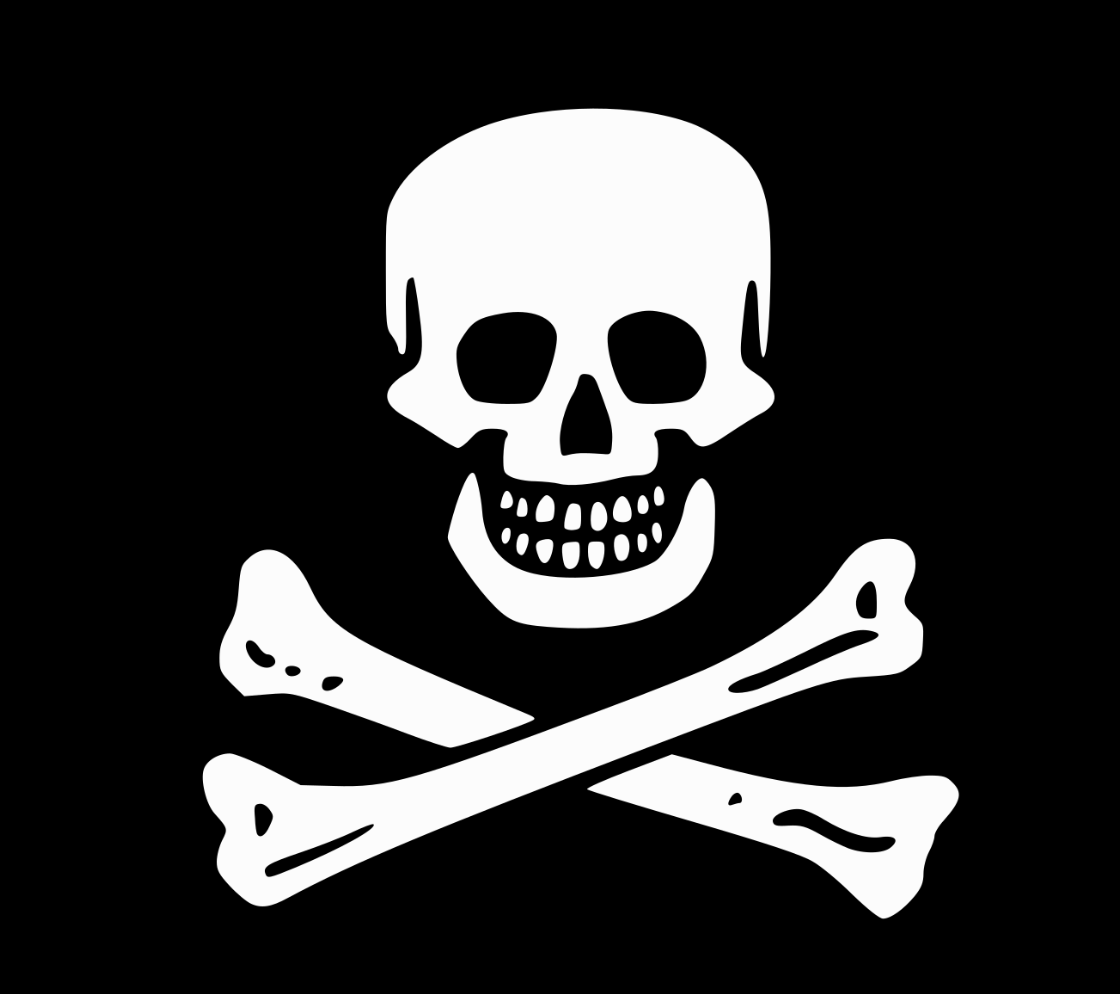 This treasure hunter turned pirate was on the same boat as Edward “Black Beard” Teach before venturing off on his own. He kept a simple skull and bones design on his flag during his short but eventful pirate career. 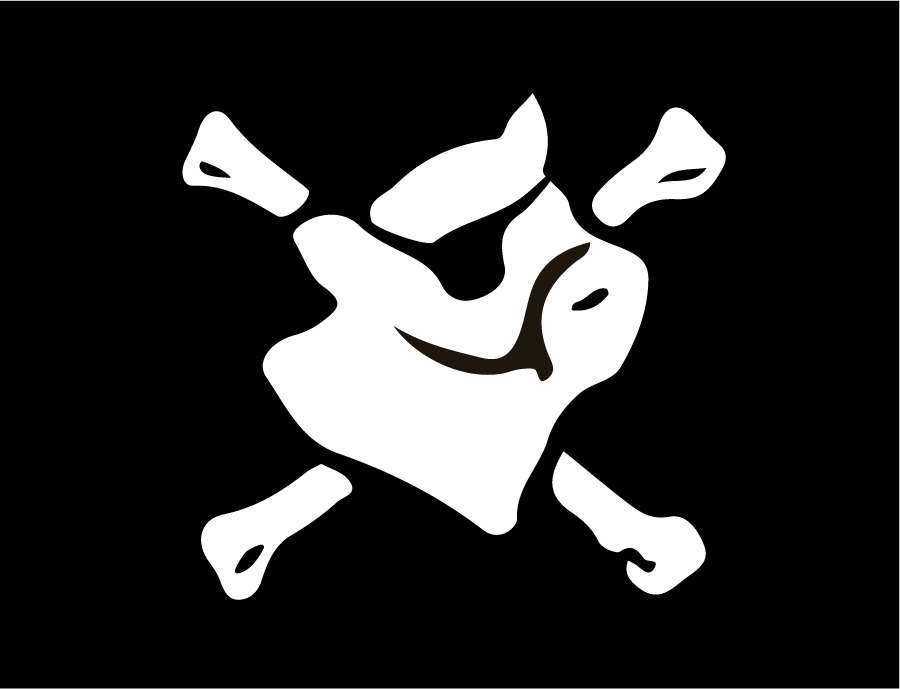 Not to be outdone, we thought Beltie needed a pirate flag as well. Beltie is depicted with the traditional crossbones behind her. She sports a fashionable eyepatch and we are sure that Calico Jack would approve of Belties design.

Although they may not be around to see our work, we’re sure that all pirates approve! Check out all of our pirate-themed products at www.beltedcow.com.