A design to stand the test of time, our One World Belt celebrates culture and connectedness in a beautiful, wearable way. In an increasingly divided world, nothing is more important than humanity and the importance of sharing the world with all who inhabit it. This colorful accessory provides a kaleidoscope of nationalities and sense of unity through its depiction of men, women and children holding hands while adorned in traditional clothing from their respective country. From initial concept to finished masterpiece, take a behind the scenes look at one of our favorite products, the One World Belt.

From concept to creation, the One World belt took about a year to develop. Belted Cow came up with the initial concept and teamed up with artist Scott Earle to bring the idea to life. Approximately 6 months went into researching each country and designing the native attire for each figure. All together there are 64 different nationalities represented (and a cow from Maine.)

This intricate design spans a total of 42 inches and is weaved from micro denier fibers, which have a diameter smaller than a strand of silk. Because of the complexity and length of the pattern, the weaving process takes a great deal of engineering. The One World belt is truly a work of art with its array of colors and tiny details, and to this day remains one Belted Cow's most complicated pieces. 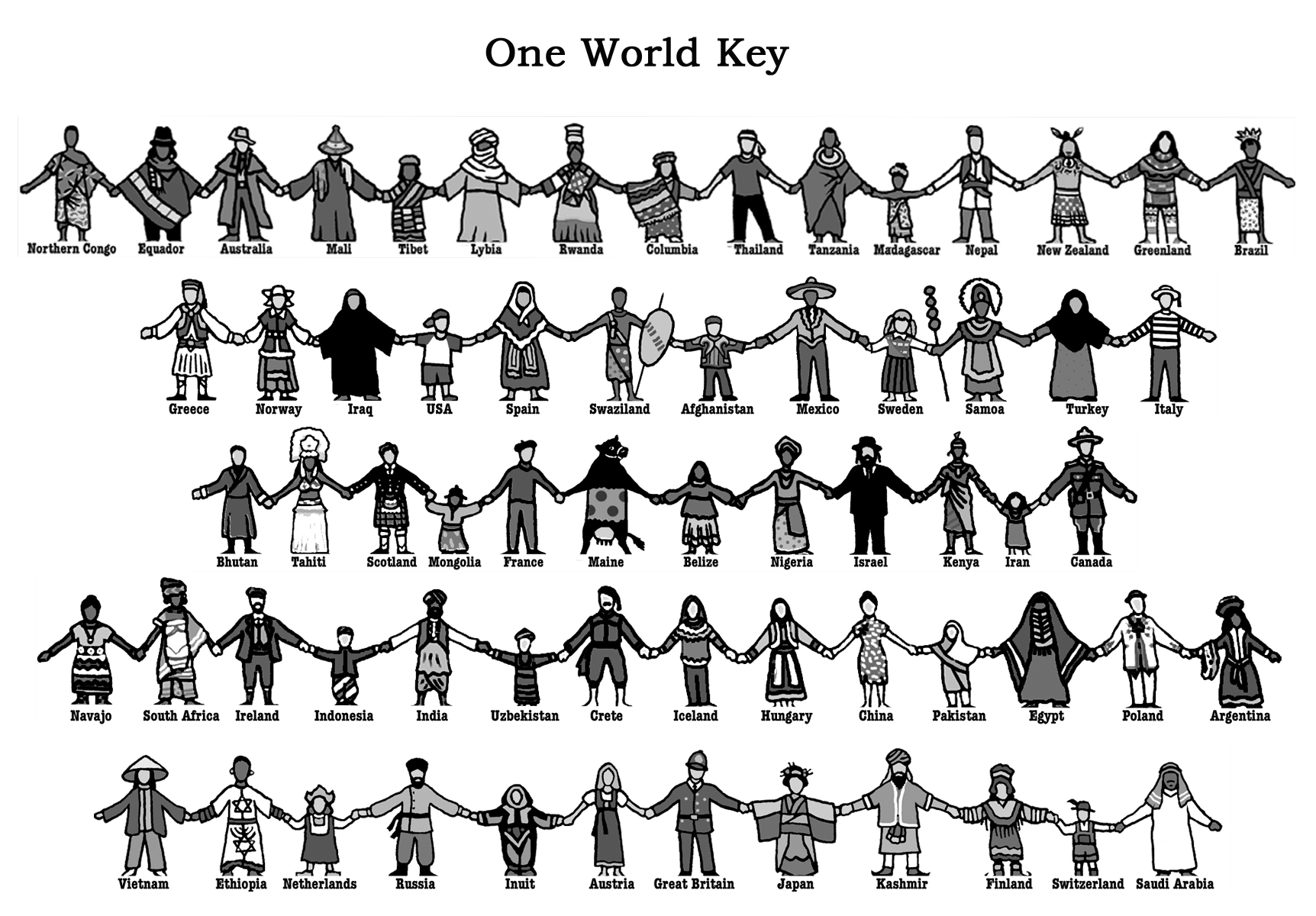